MUBI’s season devoted to film noir draws to an iconic climax this week, with Martin Scorsese’s Taxi Driver, before the site embarks on an insightful retrospective of Ingmar Begman’s career and premiers its latest exclusive Special Discovery.

In the meantime, with Un Certain Regard winner The Happiest Day in the Life of Olli Maki still available to stream exclusively on MUBI, don’t forget you can read our interview with star Jarkko Lahti here.

After discovering the dead body of Bea Harper’s lover, Bea’s mother, Lucia, hides the body under the assumption that it was her daughter who killed the man. MUBI continues its American Noir season with this 1949 thriller from German director Max Ophul.

Robert De Niro stars as Travis Bickle, an unstable Vietnam war veteran working as cabbie in New York, where the sleazy nightlife drives him to try and save a young prostitute (Jodie Foster). Scorsese’s iconic tracking shot highlights the violence of Bickle’s mind, but it’s Bernard Herrmann’s soundtrack that gives the film its power, as a mournful sax sings notes of false romance and redemption – and true alienation.

MUBI’s Philippe Garrell retrospective continues with Wild Innocence, which follows a director who wants to make an anti-drug film because his wife died of a heroin overdose. He’s planned the lead for a young actress with whom he’s in love. One day, a man becomes interested in the story and offers the director a vast sum of money—if he’ll smuggle heroin in a suitcase across the border.

An elderly heiress is killed by her husband who wants control of her fortunes in Mario Bava’s 1971 horror. What ensues is an all-out murder spree, as relatives and friends attempt to reduce the inheritance playing field—complicated by some teenagers who decide to camp out for fun in a dilapidated building on the estate.

Bavo Defurne’s 2011 Belgian drama follows Young Pim and his mother, Yvette, who live in the countryside with their dog, Mirza. The mother, a lonely divorcee, plays a piano accordion, and patronises a local bar called Texas. One day Pim and his mother attend a fair where they meet a traveling carny named Zoltan – and Pim is infatuated.

MUBI kicks of a Ingmar Bergman retrospective season with 1953’s Summer with Monika. Inspired by the earthy eroticism of his muse Harriet Andersson, in the first of her many roles for him, the director had a major international breakthrough with this ravaging, sensual tale of young love.

MUBI’s latest Special Discovery is Oleg and the Rare Arts, Andrés Duque’s award-winning film that follows the extraordinary Russian pianist and composer Oleg Karavaychuk. The film also has a premiere on the same day in London in partnership with the Calvert 22 Foundation and The New Social.

“Gilda, are you decent?” A woman’s face appears from the bottom of the screen, throwing her hair back. “Me? Sure. I’m decent.” It’s one of the most memorable entrances an actress could ask for, and boy, did Rita Hayward know how to use it. When Charles Vidor’s film noir was first released in 1946, the posters rushed to proclaim that there was no other woman like her. And they were right. A classic femme fatale, she smouldered like no one else in what is quite possibly the sexiest film ever made. Read our full review.

Actress-turned-director Ida Lupino helms this indie thriller about two middle-aged travellers, who make the mistake of their lives when they pick up a mysterious and psychotic hitch-hiker who never closes his right eye — even when he sleeps. One of the era’s most shocking renegade thrillers, is this the first major noir directed by a woman?

Jacques Tourneur’s 1957 film noir follows Jim Vanning, who is hiding out in Los Angeles while waiting for the Wyoming snow to melt. The previous winter, Vanning and a friend were camping in the Tetons and encountered a pair of fleeing bank robbers who killed Vanning’s friend. They fled, leaving their loot behind and believing Vanning to be dead.

In a Lonely Place

A potentially violent screenwriter is a murder suspect until his lovely neighbour clears him. But she begins to have doubts. MUBI’s The American Noir series continues with Nicholas Ray’s 1950 Hollywood classic.

A multiple prize winner at both Cannes and Sundance, Steven Soderbergh’s feature debut concerns a man who films women discussing their sexuality on camera and his relationship with two very different sisters who are both sleeping with the same man.

The Wind of Night

A wayward young man (Xavier Beauvois) finds himself involved with two mysterious people of a previous generation. After an affair with the married Hélène (Catherine Deneuve), the young man tries to escape her obsessions on a road trip with Serge (Daniel Duval), a taciturn relic of the 60s.

The Happiest Day in the Life of Olli Maki

The Happiest Day in the Life of Olli Maki is a portrait of real life Finnish boxer Olli Maki, which won the Un Certain Regard prize at Cannes 2016. That should give you a hint that this isn’t your usual boxing movie – and not just because it’s in Finnish and black-and-white. Jarkko Lahti is fantastic as the fighter, his face channeling both optimism and failure, while director Juho Kuosman shoots in monochrome 16mm, giving everything the feel of a newsreel. Laugh-out-loud funny and shot through with the romance of defeat, this is truly knock-out stuff. Read our full review.

After making such American noir classics as The Naked City and Brute Force, blacklisted director Jules Dassin went to Paris and embarked on a tale of four ex-cons who hatch one last glorious robbery in the City of Lights. The result is a noir caper featuring one of the greatest heists you’ll ever see.

When the Nazis open a paranormal portal, an infant demon named Hellboy is the result. Raised by the Allies, he becomes the world’s unlikeliest – and reddest – superhero. Ron Perlman is perfectly cast as the demonic good guy, teaming up with Guillermo del Toro to make one of the best, and underrated, comic book movie double-bills.

The Lady from Shanghai
Available until end of: 4th June

The Virgin’s Bed
Available until end of: 6th June

The Assassin
Available until end of: 7th June

The 10th Victim
Available until end of: 8th June

Century of Birthing
Available until end of: 9th June

John From
Available until end of: 10th June

The Professionals
Available until end of: 14th June 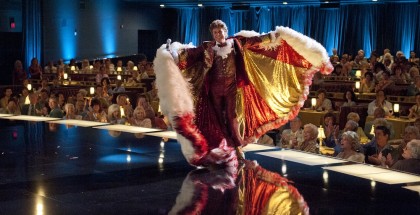