Top new releases coming soon to Amazon Prime UK in February | VODzilla.co | Where to watch online in UK | How to stream

Ah, February, a month of gossip, gangsters and glamorous spies. That is, if you subscribe to Amazon Prime Instant Video.

After a strong opening to 2015, Amazon Prime’s streaming selection looks a little weaker in its second month of the year. But between the usual Disney flicks are some known hits – hello to Scandal and all of Alias – and some other, lesser-known gems – hello to We Are What We Are. In a relatively slow four weeks, though, Amazon will hoping to place the spotlight firmly on its new original series, Bosch.

J.J. Abrams’ TV series stars Jennifer Garner as Sydney, a student who is recruited to secret organisation SD-6. When she discovers it is a global criminal group, rather than the CIA as her recruiter claimed, she turns into a double-agent for the good guys – a triple-identity cover-up that causes havoc with her personal life, as everyone around her is drawn into the world of espionage. Cameos across the five seasons include everyone from Christian Slater and Rutger Hauer to Faye Dunaway and David Cronenberg.

Gladiators, grab your suits and get ready for more scandals. Season 3 sees Olivia Pope and Associates face their biggest scandal to date with surprising allegiances formed in order to get things handled. We are introduced to Olivia’s parents, each of them as despicable as the other, and also learn the truth behind Fitz and Mellie’s dysfunctional relationship…

“Everybody wears a badge…” growls Josh Brolin in the hackneyed tradition of a detective in a period crime flick. Ruben Fleischer’s gangster drama may not be much more than Bugsy Malone for adults, but for fans of Ryan Gosling, Emma Stone and quality tailoring, Gangster Squad certainly looks the business.

This month’s classic Disney release is the House of Mouse’s animated musical inspired by the Victor Hugo classic. Quasimodo, the bell ringer of Notre Dame, has been kept locked up in the cathedral since his birth. Now a young man, he ventures down into the streets for the first time…

Titus Welliver (Sons of Anarchy, Argo) stars as eponymous detective Harry Bosch, who pursues the killer of a 13-year-old boy while standing trial in federal court on accusations that he murdered a suspect in cold blood. Primarily based on elements from Connelly’s books City of Bones (2002), The Concrete Blonde (1994) and Echo Park (2006).

Disney’s overlooked 2000 adventure sees the self-centred Emperor Kuzco turned into a llama by his bitter ex-servant, Yzma. So he sets out to become human once more, accompanied by modest (in both personality and brains) sidekick, Pacha (John Goodman). Oh, and let’s not forget Kronk, Yzma’s henchman, who can talk to squirrels.

We Are What We Are – Saturday 28th February

Jim Mickle’s signature brand of slow horror that unsettles without resorting to gore continues with this story of a family, who find themselves left without their food-providing patriarch. And also happen to be cannibals. 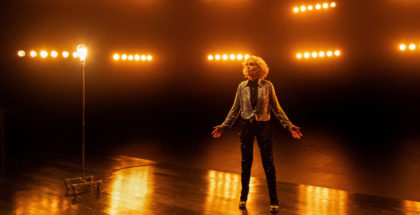