This week's new releases on BFI Player+ (15th July 2017) | Where to watch online in UK | How to stream legally | When it is available on digital | VODzilla.co 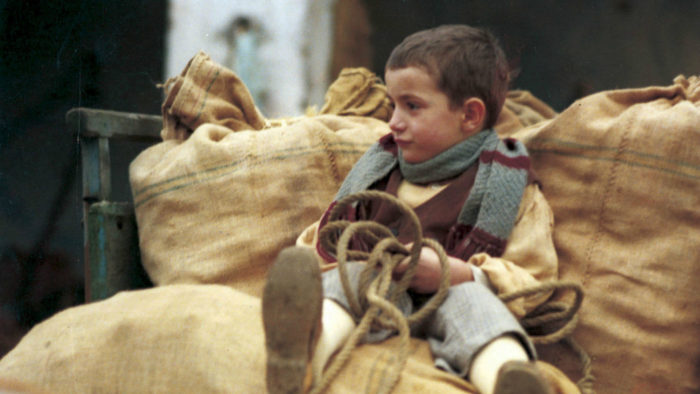 Every Friday, Mark Kermode highlights one of the collection’s titles with a video introduction. This week, it’s The Tree of Wooden Clogs. Ermanno Olmi’s Palme d’Or-winner, about the hardships faced by peasants in late 19th-century Lombardy, is a masterpiece of neorealism.

The Lay of the Land

A gay-bashing man walks into a bar – and starts a conversion with a drag queen in this dark 1998 short film.

Inge Blackman’s documentary explores the hidden histories of black lesbians, primarily focusing on 1920s Paris. It runs for just 20 minutes, but that doesn’t stop the film cramming in sex and style.

A gay man turns to virtual reality to satisfy his sexual fantasies in Constantine Giannaris’ short film – which, incredibly, was made all the way back in 1991.

A young gay couple is put to the test in this short film from 1965, which sees a road trip take a sinister turn.

Emile Charles, Tony Forsyth and Robbie Coltrane star in this 1988 film about two gay youngsters on the run after witnessing a gangland murder in the titular Fruit Machine Club.

Ron Peck’s story of a teacher who spends his nights looking for Mr. Right in London’s gay club scene was Britain’s first major gay film, proving a landmark in cinema – and an excellent portrait of a closeted man in a homophobic society.

This study of obsession focuses on a teenage boy torn between the charms of a fleshly female prostitute and the sadism of an older man.