This week's new releases on BFI Player+ (17th December) | VODzilla.co | Where to watch online in UK 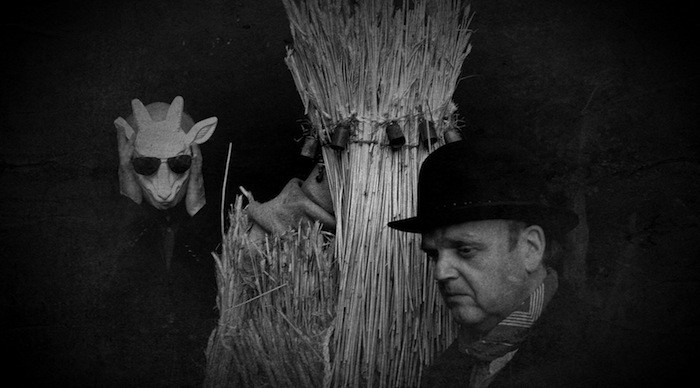 Every Friday, Mark Kermode highlights one of the collection’s titles with a video introduction. This week, it’s By Our Selves. Years after travelling in a swan-shaped pedalo, Andrew Kotting and Iain Sinclair reunite to follow in the footsteps of poet John Clare, who once trekked from Epping to Northampton back in 1841 to reach a woman he loved. A mix of lyrical greyscale images, strange, disorienting experiences and flashes of modern-day behind-the-scenes moments, the result is an intriguing curio for English students or Kötting fans and an obtuse oddity for most others.

Keeping with the poetry theme, this 1958 short from director David Gladwell, based on a poem by Martin Armstrong, compares and contrasts life in rural and urban Britain.

For Those in Peril

A heartbreakingly good George MacKay plays Aaron, a young boy in a small Scottish village who went out on a fishing voyage with four other men, including his older brother. He was the only one to make it back alive. He’s struggling to find peace in the wild confusion of his loss – and so is everyone else. Read our full review.

Bob Bentley’s short film from 1979 is based on the true story of a tragic murder and suicide that took place on a Devon farm that decade.

Because that Road Is Trodden

This 1969 dreamlike fantasy explores the daily life of a teenager at Bryanston School.

Terence Davies’ 1988 debut goes back to his working-class autobiographical roots by chronicling a family’s life in Liverpool in the 1940s.

The Blood of Jesus

The BFI’s Black Star season continues with Spencer Williams’ The Blood of Jesus, a 1941 melodrama made for a fistful of dollars with an unprofessional cast. The powerful film follows a woman’s flirtation with Satan, striking a chord with black audiences and inspiring filmmakers such as Spike Lee.

One of the best films out of Argentina in recent years, this low-key drama is a road movie that follows the growing bond between a man and a woman. Pablo Giorgelli’s pitch-perfect direction, with bright colours and slow takes, settles into a calming rhythm that absorbs you more the longer it lasts. He won Cannes’ Caméra d’Or prize as a result.