An uneven tone turns a tough, brilliant film into a lifeless, stale rewrite.

Brad Pitt fights zombies. World War Z must have been an easy pitch. Based on Max Brooks’ hit novel of the same name, produced by Graham King and blending the ‘infected’ style of modern zombies with worldwide bureaucratic chaos, World War Z looked to be slicker than your average brain-eating-rage-virus-undead-creature. And it is. It’s slicker, arguably smarter and often braver than most films of this scale… for about an hour.

The opening half of the film contains a gritty, believable air of peril that immediately out-scares most zombie flicks of late. Gerry Lane (lovely Brad) is a retired UN investigator-turned-house-husband to The Killing’s Mireille Enos. All his years of experience uncovering Chechen war crimes have prepared him for such problems as his daughters not washing up their plates and occasionally begging for a puppy. Very, very quickly after we meet this loving family, though, the soft, cosy safety net of his new life disappears. More accurately, it’s torn apart by a brutal virus that leaves tens, then hundreds, then millions convulsing on the road – before forcing their heads through other people’s windscreens.

Re-recruited by the UN in return for his family’s safety, Lane is sent out across the world with a Harvard professor as a last-gasp attempt to understand the virus and save the world. These first 60 minutes are so sharp, so merciless, that you cannot help but sit and watch in fear. He kills infected neighbours in front of his children, he is prepared to off himself at the first sign of infection and he kills a living human to protect his wife.

World War Z does not pull punches. Until it does.

Notorious for its extended re-writes and extra few months of production, the second half of Forster’s film was entirely re-written – partly to keep Mireille Enos out of a prostitution-driven-work-camp and other such harsh, thought-provoking topics – to make sure everyone stayed happy and comfortable. That constant atmosphere of helplessness and menace evaporates and, suddenly, we’re confronted with half-baked zombie in-jokes and conveniently-placed Mossad agents. Every ounce of believability turns to implausibility and luck, while a few major questions are left unanswered.

World War Z’s final hour has nothing like the brutality (CIA loon David Morse literally pulling teeth), heartbreak (Gerry failing to convince a family to flee their apartment) or Roland Emmerich-esque set pieces (Zombies invading ALL of Israel) of the first. It’s got some “Quiet there are zombies!” tension and a decent make-up budget, but any good qualities it does have feel so alien that the juxtaposition only inspires confusion – and a yearning for that recent rollercoaster ride.

With the zombie genre refusing to die as much as its inhabitants, World War Z really needed to keep up its deathly-serious realism to impress. Sadly, the second half manages to cancel out a decent portion of that brilliance and bravery. Solidly directed, well acted and noticeably well scored, World War Z and its crew were onto a determined, bold winner… and backtracked into an unmemorable, conventional bunker.

World War Z is available to watch online on Amazon Prime Video as part of a Prime membership or a £5.99 monthly subscription.

Where can I buy or rent World War Z online in the UK? 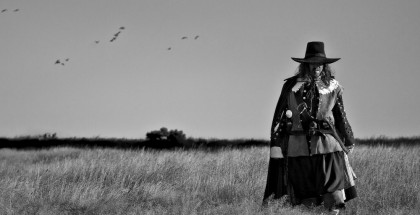 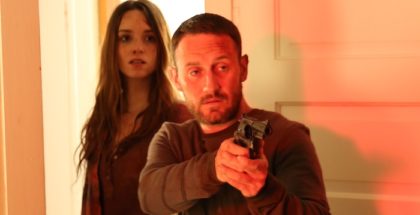