NOW TV review: For A Good Time, Call… | VODzilla.co | Where to watch online in UK

For A Good Time, Call… sees two women, co-writer Lauren Miller and Ari Graynor, forced by money and housing issues to room together by their best friend (Justin Long) – despite a poor first meeting a decade prior that saw Graynor’s Katie spill urine over Miller’s Lauren. They struggle to find a middle ground for a while, but when Lauren finds Katie’s main way of making money is performing on a phone sex line, Lauren’s business mind snaps in. Soon enough, the two are working together to build their own company, as prudish Lauren finds an outlet for her to become a new woman.

Being an 18, For A Good Time, Call… is rather tame in every way except for the words used; the reason it has such a strong rating is because of the description of sex acts within the phone calls. Some of them are quite weird and outlandish but beyond that the film is a pleasant, sweet little charmer; bright lighting and a plethora of colours avoid any scene feeling grimy or icky. Even shots of the men on the other end of the phone, including director Kevin Smith and Miller’s other half Seth Rogen, are well shot to hide anything explicit and make the dirty jokes playful.

The film only really works when it places the sex line in domestic situations. Seeing a woman moan while making dinner is a nice juxtaposition but the gross-out humour early on fails to deliver and the character work is disappointingly dull. You get a sense early on of where the film wants to go – and it does. This is maybe a slight alteration from the usual chick flick fare, but the familiar girls-stand-together vibe clearly shines through.

Which means that this raucous comedy has little ranch and fewer laughs. Luckily, Graynor is a recent addition to the comedy scene who can add a little more to what’s on the page. She comes off well in the film, but not many people do; cesspit her best efforts, Miller isn’t a memorable lead, while Justin Long’s camp gay bestie is far too by-the-numbers. Everyone else is merely ignored.

A rather bland affair with a few instances of vulgarity and little else, For A Good Time, Call… is brief, but there are times when even in the 90-minute runtime feels far too long. Hang up quickly: there’s no big finish on the way. 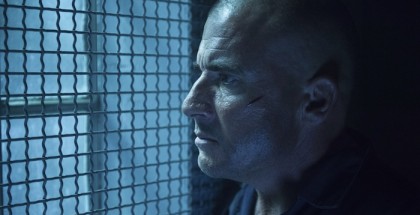