Doctor Who on-demand: David Tennant's best episodes | Where to watch online in UK | How to stream legally | When it is available on digital | VODzilla.co

Doctor Who begins a new chapter on Sunday 7th October, as Jodie Whittaker takes over the TARDIS. To celebrate, VODzilla.co counts down every Doctor to date, providing our expert tips on which stories to see – and where to watch them online.

The first ‘rock star’ Doctor hit the ground running – in a hipster’s pair of Converse trainers, no less – and rarely paused for breath as nu Who rekindled the nation’s love affair with a Time Lord. Tennant, the first actor who was also a fan, refused to be pigeonholed by expectations and made sure that his Doctor was defined by mercurial mood swings. Fortunately, he had the acting chops to master the transitions, creating a character who was a lover and a fighter.

Human Nature (2007)
The benefits of hiring actors who can really act have never been better expressed than in this tour-de-force for Tennant, as the Doctor goes into hiding as a mild-mannered schoolteacher, in a story adapted from one of the novels that kept the Who flame burning during the show’s long exile from our screens.

Blink (2007)
The flexibility of the format has rarely been better utilised than in this Doctor-lite episode, in which a pre-fame Carey Mulligan tackles the Weeping Angels while the Doctor instructs her via DVD. He’d use Netflix today, obvs.

Midnight (2008)
Proof that modern Who doesn’t have to overdose on CGI, Davies’ taut theatrical chiller questions how other people see the Doctor when there isn’t a companion around to soften his more abrasive edges.

Where to watch on-demand:

All 146 episodes of Doctor Who’s modern reboot are available on BBC iPlayer until 3rd December 2018.

Doctor Who Season 2 to 4 – Subscription VOD 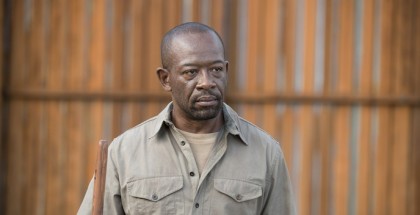