Once you've started streaming Season One of Buffy, you won't stop. Ever.

What’s that you say? You were born in 1995 and only found out about Joss Whedon from Avengers Assemble? Let’s go all the way back to the start of Buffy the Vampire Slayer to get you up to speed.

Right, here is your primer: Buffy, a vampire slayer, is a slayer of vampires who slays vampires. What were you expecting? Well, it isn’t just vampire-slaying; Buffy is a horror show that always looks to playfully subvert the normal horror tropes. Sometimes this is for laughs, sometimes it contextualises the thing it’s making fun of and makes it scary again. Most of the time, it’s brilliant.

There was a film originally in 1992 but even though it’s referenced as back story, you aren’t expected to have seen it (and it’s supposedly not very good so don’t bother).

Now, it’s kind of also a time capsule of the late 1990s, what with the grunge music and the fact that the characters who are supposed to look uncool – best friend Willow (Alyson Hannigan) and Watcher/vampire-slaying mentor Giles (Nescafe and Merlin veteran Anthony Stewart Head), actually look pretty cool now. Well, in a Shoreditch kind of way.

Basically, Season One of Buffy is… not the best. There are some great hits, like The Pack, an episode that really gets the central theme of “this is about vampires and junk but really it’s about being a teenager”, but there are a fair amount of misses, especially the opening two episodes when creator Joss Whedon is still searching for the right tone. Actually, that describes most of the season: it’s more Monster of the Week and less sitcom/soap opera with monsters thrown in. Part of the problem is that the Big Baddie of the series – called, naturally, Big Baddie – is, certainly by Whedon’s standards, very vanilla. Even with all the build up the finale, he’s only really notable because of the comically bad creature that explodes out of the library.

So why bother loading it up on Netflix? What is the main thing to be learned by going back to the beginning of Buffy? Mostly that Buffy’s other friend, Xander Harris (Nicholas Brendon), is a terrible person. “Isn’t he supposed to be the funny one?” fans may cry. He certainly is the Chandler of Buffyverse, the comic relief sidekick pining for Buffy but always in the shadow of hot romantic interest Angel (David Boreanaz). But the underdog, the one we root for? No. Looking back, Xander is a terrible, terrible friend. He’s possessive and lecherous and creepy and emotionally demanding of everyone around him.

Angel, now there’s a man. No! He’s terrible too. Jealous and sulky and – let’s call it – he should not be dating a 16 year old. Not because he’s a vampire and a relationship with a slayer is star-crossed or whatever, and not even because of a certain curse that will get evoked in Season Two, but because he’s, like, 200. Does this sound familiar? Does this sound like the same relationship as Edward Cullen and Bella Swan in the modern Twilight series? That’s because it is almost literally the same relationship – this isn’t a criticism of Stephanie Meyer, but if you have never seen Buffy, it’s interesting to see that whole forbidden love relationship (which predates Buffy too) in an earlier form.

We’re still on Season 1, though, so let’s put that issue on the back burner for now – it’s kind of a big deal in Season Two and we can talk about it then. Because let’s face it: once you’ve started streaming Season One of Buffy, you won’t stop. Ever.

See you on the flipside. *skateboards off*

Buffy the Vampire Slayer: Season 1 to 7 is available to watch online on Amazon Prime Video as part of a Prime membership or a £5.99 monthly subscription.

Where can I buy or rent Buffy the Vampire Slayer online in the UK?

VOD film review: The Battle of the Sexes 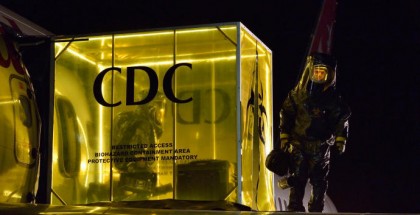 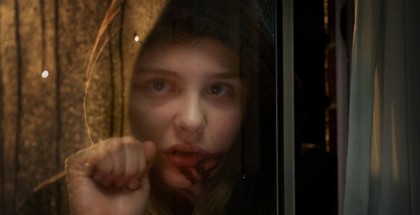