11 reasons why you should be watching Halt and Catch Fire | VODzilla.co | Where to watch online in UK

11 reasons why you should be watching Halt and Catch Fire 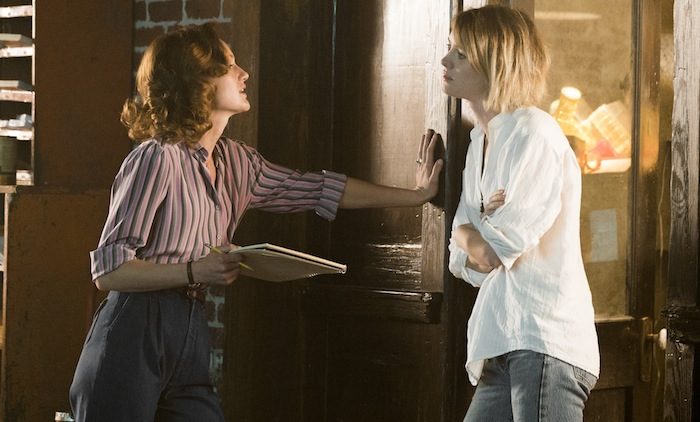 “Computers aren’t the thing. They’re the thing that gets us to the thing.”

Halt and Catch Fire. It’s possibly the least catchy name for a TV show, with even the meaning behind it almost impossibly impenetrable: it’s the term for a computer code that would cause the central processing unit to cease meaningful operation, usually requiring the machine to be restarted. But AMC’s period computing drama is the best TV series you’ve never heard of.

Throughout its four seasons, it has been available exclusively with Amazon Prime in the UK. With the show departing on 16th October, here’s 11 reasons why you shouldn’t miss it: 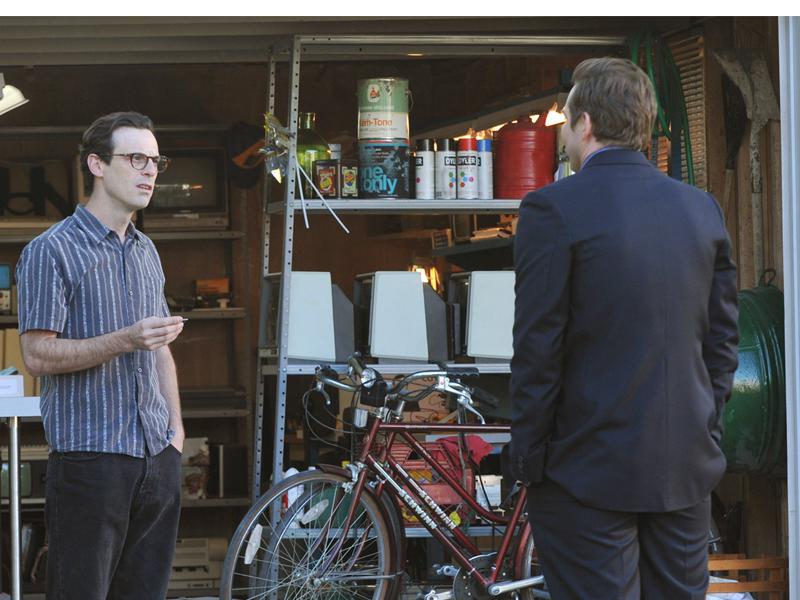 AMC’s series is in the 1980s and captures the early days of the PC, following four people trying to innovate against the changing backdrop of technology. As you’d expect of a show from the same channel as Mad Men, it nails the retro chic to the tiniest detail; the whole thing is full of shoulder pads and beige walls. It’s gorgeous. But, with its central quartet of warring nerds and obsessive tech experts, it’s still as uncool as it gets.

The 80s? When they thought IBMs were the future? What does that have to do with today’s world of iPads and hover boards? Actually, a heck of a lot. Playing out like a companion piece to Danny Boyle’s Steve Jobs movie, the show charts everything from the birth of Apple to even the rise of online gaming. Yes, really. In the 80s. 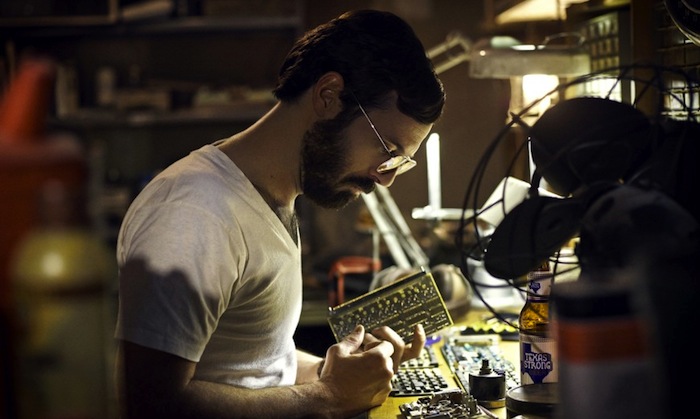 The show begins with Joe (Lee Pace), a former IBM executive, planning to reverse-engineer the flagship product of his previous employer, forcing his new company (software specialists Cardiff Electric) to enter the hardware race – backed by fanatical engineer Gordon (Scott McNairy), every bit the Steve Wozniak to Joe’s Steve Jobs. With Apple looming in the background, and rebellious coder Cameron (Mackenzie Davis) effectively founding her own Internet start-up, this is a series that knows its wiring inside out, from modems and processors to fans, motherboards, graphical user interfaces and computers that can say hello.

While the show’s technical know-how gives it a convincing, unique edge, Halt and Catch Fire’s strength is the fact that it’s about so much more than just PCs. There are company politics and power struggles to be gripped by, and, as we move from Cardiff Electric to Mutiny, Cameron’s gaming start-up, where community chatrooms become a major driver of user interaction, something even more intriguing: an exploration of the relationship between humans and technology, and the way that we use computers to communicate, as well as create.

5. The real stars are the women 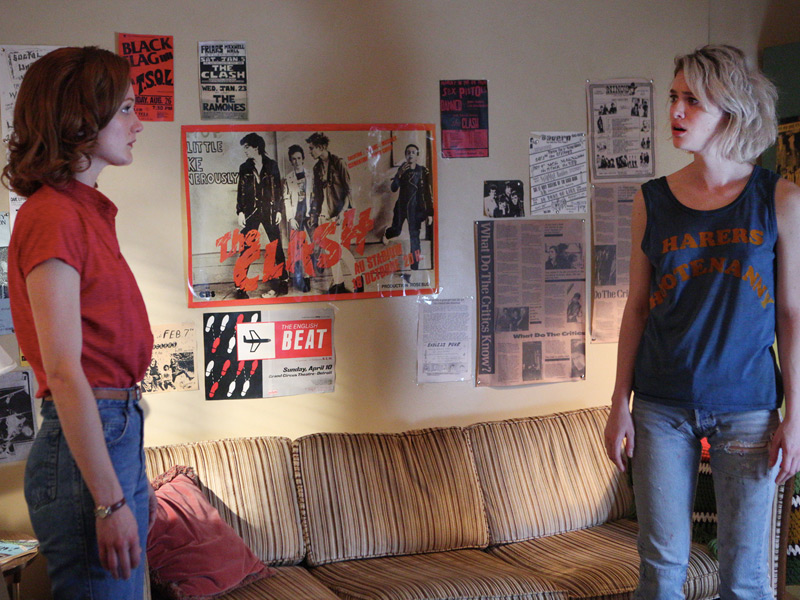 Season 1 of Halt and Catch Fire focuses on Joe and Gordon, but the show really comes to life in Season 2, when the focus shifts to the two female leads: Cameron and Gordon’s wife, Donna (Kerry Bishé), who proves a smarter and better engineer than him time and time again. The result is a programme led by complex, nuanced female characters, who support and respect each other in their professional lives. It’s not only satisfying to see but, thanks to some top-notch writing, also highly entertaining, as their odd couple double-act attracts a horde of young followers and consistently intimidates the old farts in the computing industry boardrooms.

6. The men are great too

Joe and Gordon are just as well-drawn, though, as each is fuelled by a macho desire to change the world and be pioneers. Even when their female counterparts are enjoying success and breaking new ground, they’re still there, meddling and interfering as they try to justify their existence. Gordon is haplessly selfish, in an amusing, irritating and weirdly likeable way, while Pace’s Joe has all the brooding quality of Don Draper – but, unlike Mad Men’s cynical salesman, actually believes what he’s shilling, which makes his earnest passion (and tendency to self-destruct) endlessly fascinating. By the time Season 3 boots up, he’s struggling with the power of a whole company board, as his business side exploits Gordon’s work for money and his earnest side wants to do something purer. 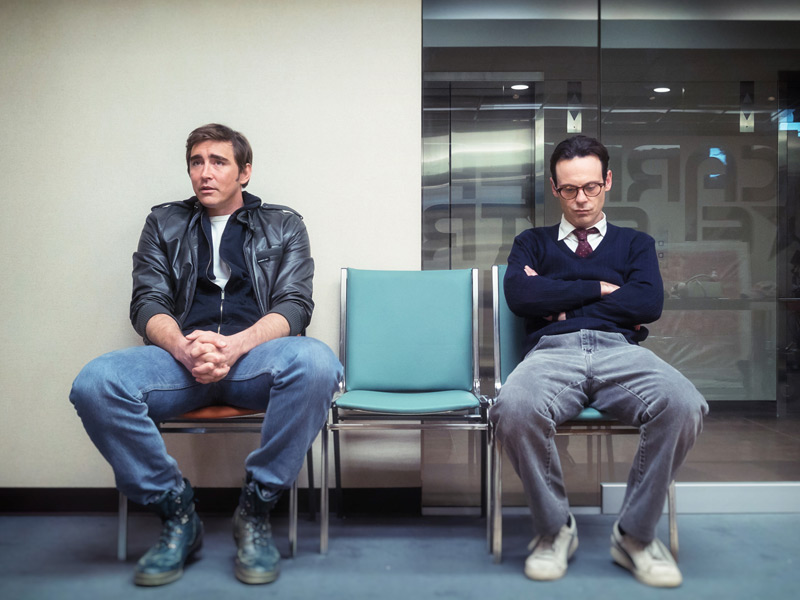 You can’t have four complex characters without a good cast to bring them to life, and Halt and Catch Fire’s ensemble doesn’t disappoint. Scoot McNairy and Lee Pace, often appearing in supporting roles on the big screen, both get a deserved chance to shine – one twitchy, the other confident. Kerry Bishé is witty and, in moments of serious drama, hugely sympathetic, while the remarkable Mackenzie Davis delivers a star-making turn that has since landed her jobs in everything from Black Mirror and The Martian to Tully and Terminator: Dark Fate. To watch her in full flow is something special. To see the entire ensemble click, though, is a joy.

8. There are only 10 episodes per season

Scared to add another TV show to your ever-growing to-watch list? Don’t worry: Halt and Catch Fire’s seasons are a snappy 10 episodes each, so there are only 40 episodes to binge in total.

The opening titles for Halt and Catch Fire are directed by Patrick Clair, of Elastic, the same company behind some of the best credits of modern TV, from Game of Thrones and True Detective to Daredevil and The Night Manager. Read our interview with him here.

10. It keeps getting better

From Mr Robot to True Detective, it’s not uncommon for fantastic TV shows to have underwhelming second or third seasons, but Halt and Catch Fire does something far more impressive: it understands where it could potentially go wrong and isn’t afraid to troubleshoot it. After Season 1, rather than follow the Don Draper model and attempt to clone Mad Men’s success, creators Chris Rogers and Chris Cantwell re-calibrated their drama’s essential components, giving Donna and Cameron the spotlight instead. Season 3, meanwhile, uses the internet’s coming-of-age to delve into the maturing bonds between its own revolutionary forces. Just the sight of them sitting around a table talking is a thrill. Season 4 sees the early days of web browsers and search engines threaten to drive them apart, even as personal tragedies bind them together. The result isn’t just a show that’s smart and unafraid to do its own thing – it’s a show that keeps on getting better with every episode.

Poignant and profound in its tender exploration of failure and success, and of how technology can help people express who they really are, this is one of the timeliest and most insightful TV dramas around. Don’t miss a chance to catch it – and wonder what a fifth season would’ve said about the impact of social media decades later.

Halt and Catch Fire Season 1 to 4 is available to watch online on Amazon Prime Video as part of a Prime membership or a £5.99 monthly subscription – until 16th October 2020. 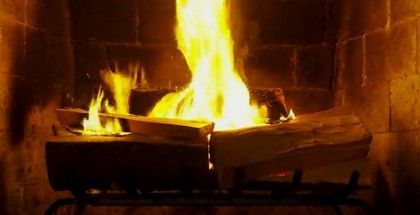