The 70th Cannes Film Festival is a historic one, as it sees the very first time that Netflix has premiered films at the festival – not just one, but two.

Following in the footsteps of Amazon’s five original movies last year, and hot off both streaming services winning their first Oscars, Netflix’s arrival on the Riviera pits the two head to head for the coveted Palme d’Or.

With MUBI also teaming up with Cannes’ Director’s Fortnight to hold its own online retrospective, this is officially the year that cinema’s most prestigious event embraces VOD. That, however, isn’t without its controversy, as France’s laws require any films screened in cinemas not to be released on SVOD for three years. With Netflix therefore not pursuing theatrical distribution in France, tensions are brewing…

And so we’re off to the Croisette, bringing you all the news on the latest acquisitions, verdicts on Netflix and Amazon’s big hitters, plus a guide to the other films that streaming services will be looking to snap up. 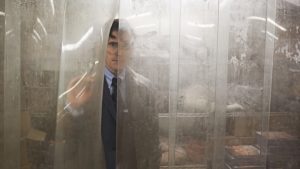 Cannes 2018 Reviews: Everybody Knows, Ash Is Purest White, The House That Jack Built, The Dead and the Others, The Gentle Indifference of the World 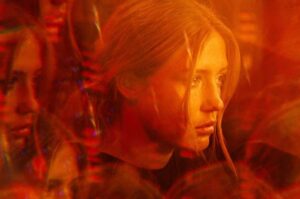 Fri 05MUBI acquires The Five Devils ahead of Cannes debut

Thu 05Will Smith and Bong Joon-ho defend Netflix at Cannes

Thu 04Netflix to compete with Amazon at Cannes 2017