What's leaving Netflix UK in January and February 2016? | VODzilla.co | Where to watch online in UK

After the inevitably large cull of content at the end of 2015, Netflix begins the new year with far fewer titles up for the chop. But that doesn’t make these farewells any less painful, as we prepare to say goodbye to Aladdin, Community, Gossip Girl and Horrible Histories.

Much Ado About Nothing – 20th January

Known the world over as a panto, this Disney version of the old Arabian Nights tale is arguably the best, as a diamond-in-the-rough street rat takes on the evil sorcerer Jafar and tries to win the hand of Princess Jasmine. Alan Menken’s songs are superb and the animation is lovely, but the show is stolen by Robin Williams as the big blue genie. You never had a friend like him.

An exploration of grief and army practice, Ken Loach’s Iraq movie is a provocative piece with a resolution that lies less in government cover-ups and more in the mundane deception of routine.

The Secret in Their Eyes – 24th January

The excellent Ricardo Darin stars in Juan Jose Campanella’s thriller, which sees a federal justice agent becomes fixated on finding the brutal killer of a young woman. The arrival of his new boss, Irene, turns this slow-burning mystery into an understated romance as much as a gripping crime story. This Oscar-nominated gem is long-winded, methodical, and completely absorbing.

The Minions seize centre stage in this sequel to DreamWorks’ animated comedy, which sees Steve Carell’s Gru go undercover to catch another super-villain, but its adopted daughter Agnes who makes this as adorable as it is funny.

Simon Pegg, Nick Frost and Edgar Wright team up once again for the final entry in their Cornetto trilogy, as a bunch of old friends reunite for a pub crawl in their sleepy hometown, just as aliens invade.

John Travolta and Gene Hackman star in this stylish adaptation of Elmore Leonard’s novel, which just might be one of the funniest Hollywood-set comedies ever made.

This long-running sci-fi series picks up where the blockbuster movie left off.

Takashi Miike’s take on The Seven Samurai has all the blood, barnstorming action and burning cows a martial arts fan could wish for.

Arguably one of the best TV shows ever made, Community has won fans all over with its wit, pop culture references and surreal sense of humour. It may not have reached the six seasons and a movie it jokingly promised but Dan Harmon’s series is still a modern classic. (Which episodes should you watch before 2nd February? We rounded up the show’s Top 10 Parody Episodes.)

Gossip Girl, based on the book series of the same name and starring Leighton Meester amd Ed Westwick, ran for six seasons until its finale in 2012, but it has been a perennial favourite of Netflix subscribers – even as the streaming site races to acquire other teen dramas, such as Pretty Little Liars and Shadowhunters.

Education TV? Whatever. But CBBC’s historical series, based on the popular book franchise, combines hyperactive puns and visual gags with a whole heap of facts. Witty, clever – and, most of all, very funny.

21st January
Streets of Blood
Confidence
Amazing Grace
The Lucky Ones
The Muslims Are Coming!

4th February
What Happens Next

12th February
Stella and Sam
The Hunchback of Notre Dame

With thanks to Newonnetflix.info for helping to provide some information. 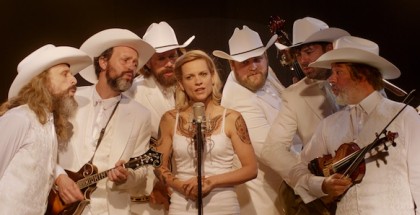