What's leaving Netflix UK in April / May 2017? | VODzilla.co | Where to watch online in UK

Fans of punching things, hitting things with baseballs or talking at them in Spanish, prepare to bid some sad farewells this month. Yes, the end of the month is looming, and, as always, that means the rights to some TV shows are expiring on Netflix UK.

Set in a world of magic, genies (known as Djinn) and treasure-filled castles (known as Dungeons), Magi is an entertaining take on the lore of Arabian Nights. Read: Our picks of the best anime on Netflix UK

Brad Pitt and Jonah Hill are on excellent form in this drama about unsuccessful baseball prodigy Billy Beane (Pitt), who becomes the manager of the Oakland A’s – and comes up with a radical way to build a better team using maths.

A straight-up funny drama that never outstays its welcome, this is well worth seeking out on its VOD-only debut.

Sacha Baron Cohen follows mockumentaries Borat and Bruno with this satirical comedy about the tyrannical, anti-semitic Admiral General Aladeen from the Republic of Wadiya, who visits New York and falls in love with a shopkeeper played by Anna Faris.

“All we do is cause each other pain.” David Fincher’s adaptation of Gillian Flynn’s novel takes the central set-up of an amazing wife, Amy (Rosamund Pike), who goes missing, placing suspicion firmly on husband Nick (Ben Affleck), and brings out the dark humour in what emerges as a gleefully dark satire on media and the stories that are told in each.

After a stay of execution last month over the Easter school holidays, it looks like Dora may officially be about to be “Adios!” from Netflix. Brace yourselves – and your children, for she’ll be accompanied by several other kids’ series (the others are listed below).

Film critic Charlie Lyne’s ode to the teen movie legacy covers over 200 movies. To watch an entire genre like this, weaved together as naturally as the braids in a prom queen’s up-do, is to witness the on-screen canonisation of a singular teen experience. That is, a singular teen experience dictated to ourselves by what we see at the cinema, as we uphold the myth of Hollywood high school as a kind of biblical truth. It doesn’t matter whether you grew up on The Dreamers or EuroTrip, Beyond Clueless proves you’ll have come to the exact same conclusions about your own teenage life either way. Read our full review

From its Elmore Leonard source material to its subtle use of music, this crime drama is Tarantino at his most mature.

Bryan Singer’s opening entry to this long-running mutant franchise is one of the daddies of the modern superhero movie – and with its low-key character development, gentle exploration of outsiders and social prejudice, not to mention Patrick Stewart and Ian McKellen going head-to-head as Professor X and Magneto, there’s a lot other blockbusters could learn from this.

The Maze Runner – 1st May

Ever wished that someone had remade 90s horror Cube for kids? Meet The Maze Runner, another young adult novel series that has been turned into a film franchise – but unlike the others, this sees our teens wake up trapped in a gigantic maze, where new boys arrive via a mysterious elevator. Until one day, a girl turns up. The cast (including Thomas Sangster and Will Poulter) face the sci-fi premise with straight faces, while the creatures scuttling through the labyrinth are genuinely unsettling.

Other titles leaving Netflix UK in April and May 2017:

19th April
3 Ninjas: Kick Back
Booty Call
Here Comes the Boom
Jakob the Liar
The Opposite of Sex
The Seventh Sign

12th May
Kevin Hart: Laugh at My Pain

15th May
The Book of Life
Kambu 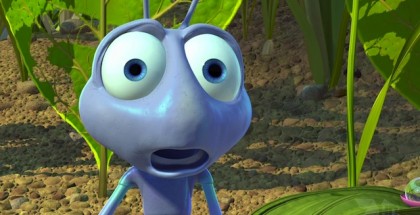